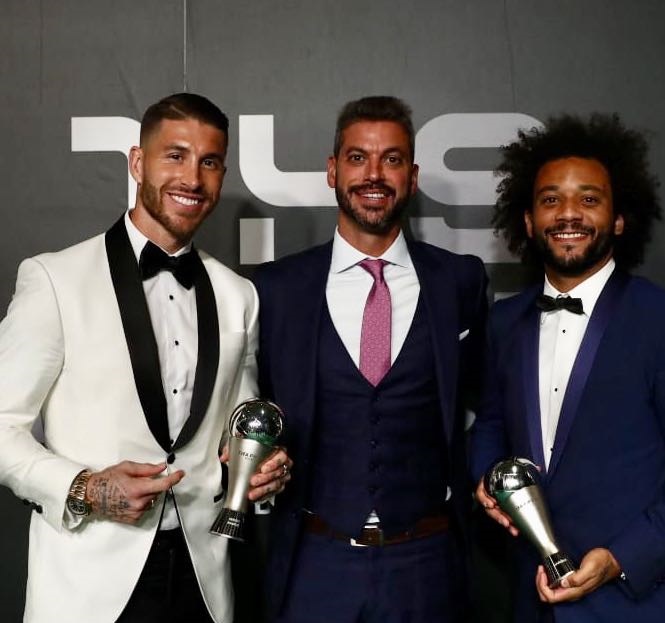 Defenders Sergio Ramos and Marcelo Vieira have once again been selected in the FIFA FIFPro World11 2018. René Ramos, President of RR-Soccer Management Agency and agent for both players accompanied the pair to the The Best FIFA Football Awards gala held at the Royal Festival Hall in London.

It is Sergio’s ninth, his eighth consecutive, selection in this eleven, which recognises the best players of the 2017-2018 season, voted for by almost 25,000 professional players from 65 countries. It is, without doubt, a great illustration of his consistency and hard work year after year.

For his part, Marcelo was included in the list for fifth time (fourth consecutive). It is a more than deserved reward for his performance on the pitch and his consistency.

Congratulations to both of you and I hope continued to achieve your objectives this season and continue to make history.