René and Sergio Ramos, stars of the Globe Soccer Awards in Dubai 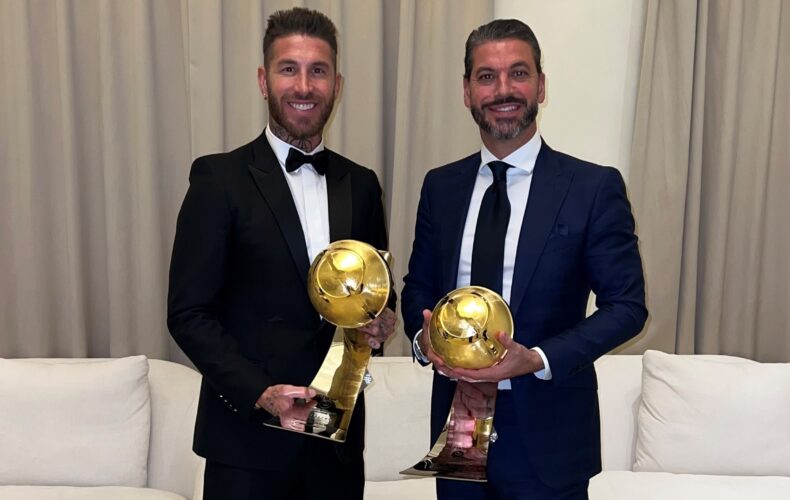 René and Sergio Ramos, stars of the Globe Soccer Awards in Dubai

RR-Soccer Management Agency is in luck, because its president, René Ramos, and one of its players, Sergio Ramos, were awarded with two different recognitions for their career at the Globe Soccer Awards gala held on Thursday, November 17 in Dubai.

René received the ‘Agent Career Award’, an award for his career as an agent and as the head of the agency. An agent and intermediary for more than 19 years, he has been involved in numerous transfers with players and clubs in the major European leagues and also in America, has managed Sergio Ramos’ career since its beginning and currently works with more than 20 players.

For his part, Sergio Ramos, represented by René Ramos, received the «Best Defender of all time» award. After more than 18 years of professional career in which Sergio has won every possible title, including a World Cup, two European Championships and four Champions Leagues, the centre-back has been recognised for his performance, success and leadership with the highest award for a defender.

Both transmitted their joy and happiness for the awards and made it clear that there are still many pages to write, both in the field of representation, by René, and on the pitch, by Sergio.

We hope to continue reaching many more milestones and successes together! Congratulations!