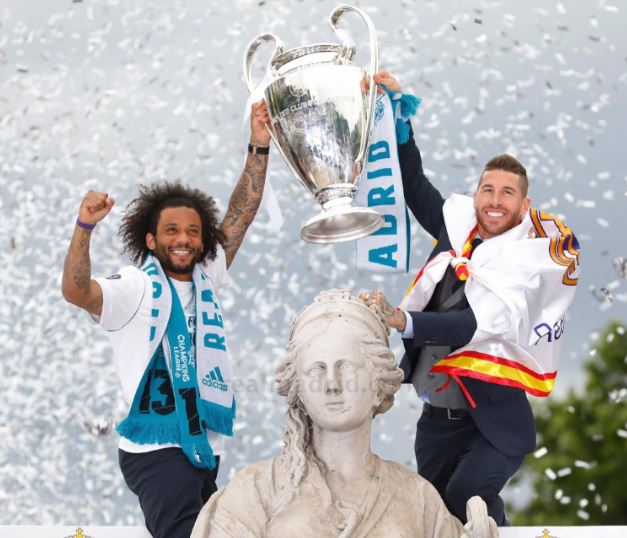 Sergio Ramos and Marcelo Vieira, represented by René Ramos, President of RR-Soccer Management Agency, were crowned UEFA Champions League winners on 26 May after Real Madrid defeated Liverpool by 3 goals to 1. It is the third consecutive year they have lifted the trophy, adding to the titles won in Cardiff and Milan. It is, without a doubt, an unprecedented achievement in the history of football.

Sergio made 11 appearances in this season’s UEFA Champions League, with 98 interceptions, one goal and passing accuracy of 93%. The Camas-born central defender is fundamental to the Real Madrid team and has been included in the Team of the Season chosen by a team of UEFA Technical Observers.

For his part, Marcelo also played 11 games, making 47 interceptions and scoring 3 goals. The Brazilian full back was also included in the UEFA Champions League Team of the Season 17/18.

Both players have written a new page in the history of this sport, each now with four UEFA Champions League medals, an achievement reached by very few.

Congratulations to you both. I am very proud of you.